I’m getting ready to attend Black Hat. I will miss BSides and Defcon this year unfortunately due to some personal commitments. And as I’m packing up my gear, I started thinking about what these conferences have really changed. We’ve been doing this every summer for longer than many of us can remember now. We make our way to the desert, we attend talks by what we consider the brightest minds in our industry. We meet lots of people. Everyone has a great time. But what is the actionable events that come from these things.

The answer is nothing. They’ve changed nothing.

But I’m going to put an asterisk next to that.

I do think things are getting better, for some definition of better. Technology is marching forward, security is getting dragged along with a lot of it. Some things, like IoT, have some learning to do, but the real change won’t come from the security universe.

Firstly we should understand that the world today has changed drastically. The skillset that mattered ten years ago doesn’t have a lot of value anymore. Things like buffer overflows are far less important than they used to be. Coding in C isn’t quite what it once was. There are many protections built into frameworks and languages. The cloud has taken over a great deal of infrastructure. The list can go on.

The point of such a list is to ask the question, how much of the important change that’s made a real difference came from our security leaders? I’d argue not very much. The real change comes from people we’ve never heard of. There are people in the trenches making small changes every single day. Those small changes eventually pile up until we notice they’re something big and real.

Rather than trying to fix the big problems, our time is better spent ignoring the thought leaders and just doing something small. Conferences are important, but not to listen to the leaders. Go find the vendors and attendees who are doing new and interesting things. They are the ones that will make a difference, they are literally the future. Even the smallest bug bounty, feature, or pull request can make a difference. The end goal isn’t to be a noisy gasbag, instead it should be all about being useful. 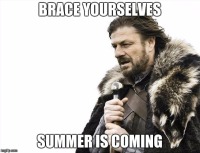