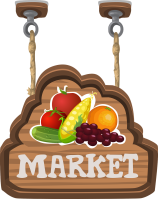 I’ve been thinking about the concept of free market forces this weekend. The basic idea here is that the price of a good is decided by the supply and demand of the market. If the market demands something, the price will go up if there it’s in short supply. This is basically why the Nintendo Switch is still selling on eBay for more than it would cost in the store. There is a demand but there isn’t a supply. But back to security. Let’s think about something I’m going to call “free market security”. What if demand and supply was driving security? Or we can flip the question around, what if the market will never drive security?

Of course security isn’t really a thing like we think of goods and services in this context. At best we could call it a feature of another product. You can’t buy security to add it to your products, it’s just sort of something that happens as part of a larger system.

I’m leaning in the direction of secure products. Let’s pick on mobile phones because that environment is really interesting. Is the market driving security into phones? I’d say the answer today is a giant “no”. Most people buy phones that will never see a security update. They don’t even ask about updates or security in most instances. You could argue they don’t know this is even a problem.

Apple is the leader here by a wide margin. They have invested substantially into security, but why did they do this? If we want to think about market forces and security, what’s the driver? If Apple phones were less secure would the market stop buying them? I suspect the sales wouldn’t change at all. I know very few people who buy an iPhone for the security. I know zero people outside of some security professionals who would ever think about this question. Why Apple decided to take these actions is a topic for another day I suspect.

Switching gears, the Android ecosystem is pretty rough in this regard. The vast majority of phones sold today are android phones. Android phones that are competitively priced, all have similar hardware, and almost all of them are completely insecure. People still buy them though. Security is clearly not a feature that’s driving anything in this market. I bought a Nexus phone because of security. This one single feature. I am clearly not the norm here though.

The whole point we should be thinking about is idea of a free market for security. It doesn’t exist, it probably won’t exist. I see it like pollution. There isn’t a very large market products that either don’t pollute, or are made without polluting in some way. I know there are some people who worry about sustainability, but the vast majority of consumers don’t really care. In fact nobody really cared about pollution until a river actually lit on fire. There are still some who don’t, even after a river lit on fire.

I think there are many of us in security who keep waiting for demand to appear for more security. We keep watching and waiting, any day now everyone will see why this matters! It’s not going to happen though. We do need security more  and more each day. The way everything is heading, things aren’t looking great. I’d like to think we won’t have to wait for the security equivalent of a river catching on fire, but I’m pretty sure that’s what it will take.

View all posts by Josh Bressers